Why I Loved Irene 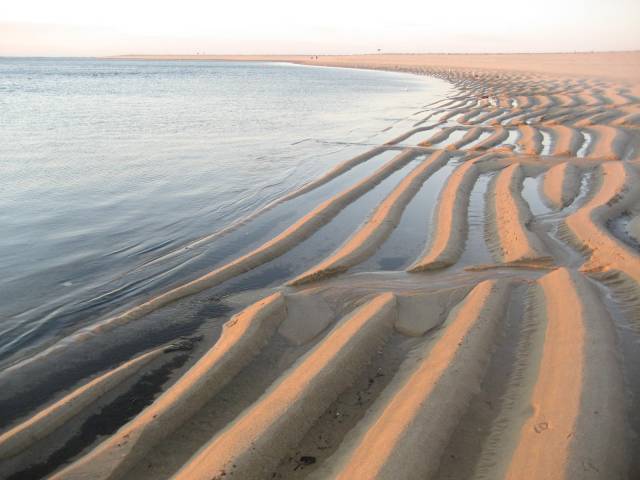 I stood this morning at sunrise with my feet in the ocean at Chatham’s Lighthouse Beach. The water was unusually tepid for New England. A breeze like a pleasantly damp blanket blew as I scanned the empty beach where my footprints were the only ones to be seen besides Nature’s.  My toes were happy in the lukewarm water and I realized this was the only time I’d ever felt Cape Cod’s stretch of the Atlantic Ocean warmer than the sand. Traces of yesterday’s storm were everywhere: felled garbage cans and branches in the parking lot at the top of the dunes, bits of shells and debris evenly scattered about the beach, and the magnificently defined ripples of sand where the sea had repeatedly beat upon the shore during Irene’s tempest. A seagull plucked a stranded snail out from his tiny sandbar prison while another cracked open a confused crab. The sun rose.

The much-anticipated Hurricane Irene made a devastating, but thankfully less-tragic impact than those who experienced Katrina in 2005 had feared. North Carolina, New Jersey and Vermont were some of the states shown on the national news reports last night before we lost power on Christopher Harding Lane. This morning I read that, sadly, 21 Americans lost their lives, but as a spokesman for the Massachusetts Emergency Management Agency put it, “It could have been a lot worse.” In my neck of the woods, the biggest tragedy was the destruction of a beautiful old tree, whose amputated limb blocked the back route to the beach. This left me free to revisit my childhood for a moment and enjoy the adventure of a storm.

There’s nothing like the weather to make you realize how powerless you really are on this planet. Taking my grandmother’s dog for a walk after midnight last night with my parents, I looked up to see the bright stars I’d missed living in the city these past four years. Feathers of glowing clouds swirling by overhead were the first visible signs that the storm had not yet passed. The wind hummed a haunting Om and the trees rattled their leaves as we made our way to the path leading to Oyster Pond. An eerie feeling of mortality crept over me as we stepped over a fallen branch and I thought about my parents. The night was warm from the escaped tropical winds and the dog was afraid. I stepped into the clearing where the bench our Cape Cod neighbor built had been knocked over and my flashlight glinted off the water that had snuck up to stop just feet away from mine. A loaded oyster trap had washed to the path’s mouth, but the booty was still too small to eat. I saw a star that had died millions of years ago and inhaled my hair before my father called for me to come back. For an instant, it was just me and the Universe. 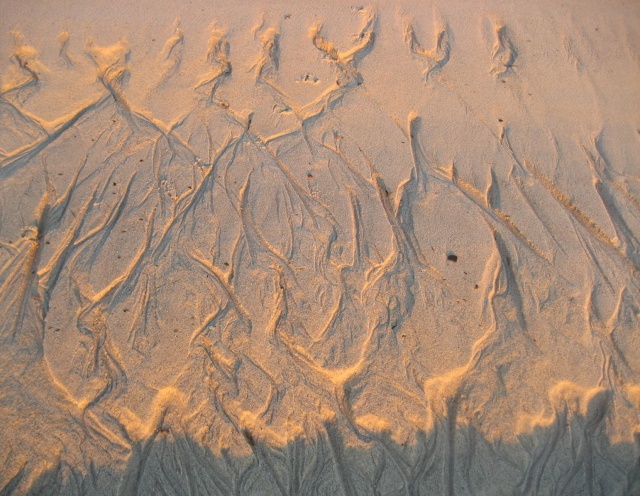 We drove down Main Street, which had been converted to a ghost town overnight, surveying shop windows boarded up with sheets of plywood and a record number of available parking spots. When we arrived at Lighthouse Beach, we found the diaspora and anchored into the last slot on a long stretch of cars and patrol vehicles that had gathered to witness Nature’s dance. Twenty-five cents bought us two minutes to share on the observation binoculars and I saw rows of rogue seals flopping on the North Beach sandbar, avoiding the rough surf. Not a dorsal fin in sight as I scanned the white-capped horizon before venturing down the wooden stairs to be whipped and battered by the lashing sand. The sky flashed brilliant and then rainy, changing by the minute and the wind left the whole town looking like Cousin Itt. I met two boys my age with a professional camera and asked if they were out on assignment.                                                          “We’re out on adventures,” the redhead replied.

In this age of Facebook, I felt like I shared the storm with my friends all along the Eastern coast of the United States. One of my favorite posts about the tempest read, “Even Irene’s afraid to come to Harlem!” But the best part was knowing that everyone I loved was all right. As these things go, people will probably continue to talk about the storm for a few days. Several exceptional news stories will break about damages and flooding. And then, people will forget all about Irene and enjoy their Labor Day barbeques. But what I won’t forget are those moments of collective excitement and a break from the mundane. Seeing Mother Nature’s exhibition drawn on the sand as I enjoy the clean swept sky and sunshine this afternoon. And the chance I got to feel small. 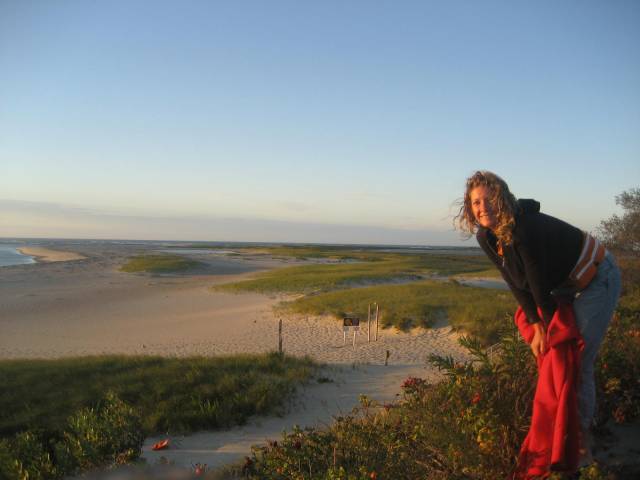 Tess Amodeo-Vickery lives and writes in Rome, Italy, where she is the European Fashion Editor for Runway Passport (www.runwaypassport.com). Recently, Tess wrote and edited documentary shooting treatments for National Geographic Television and Discovery Channel US. She has written for The Nashua Telegraph, The Milford Cabinet, Examiner.com, and was recently featured in InRomeNow.com. Her undergraduate thesis, When In Rome, earned her University Honors from Wesleyan University in Middletown, Connecticut. Tess is the front woman for Roman jazz ensemble, Bixilander Swing Orchestra, and shares a birthday with Coco Chanel. Email for freelance coverage in Italy and greater Europe.
View all posts by peninrome →
This entry was posted in Opinion and tagged Cape Cod, Chatham, Hurricane Irene, Lighthouse Beach, Massachusetts, Mother Nature, North Beach. Bookmark the permalink.