The best part about being the occasional freelancer is that I get to be picky about the stories I cover. This summer, a good friend of mine, former roommate and Editor in Chief of Young in Rome asked me to write about cycling in the Eternal City for ex-pat magazine Romeing. For those of you who know my personal life, you know that every adventure comes with a customized bicycle. I’ve had visitors who have trusted me enough to take them through the free wheeling cobblestone streets by my favorite method of transportation, and while it may seem like a death-defying feat, this article reveals some secrets about how to get by on bike in Rome. 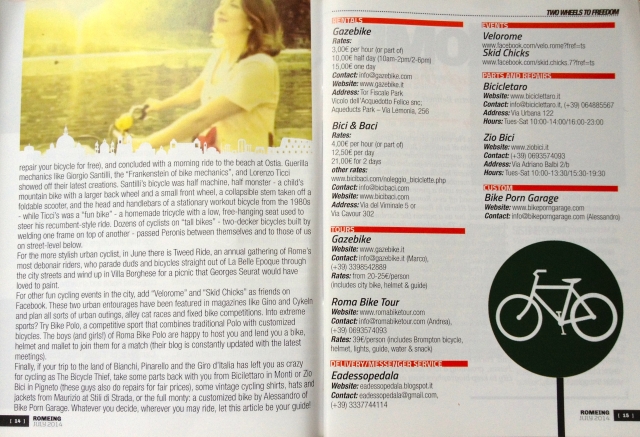 ps. The images of me are stills taken from my music video When I Think About You, directed by Federico Tinelli!